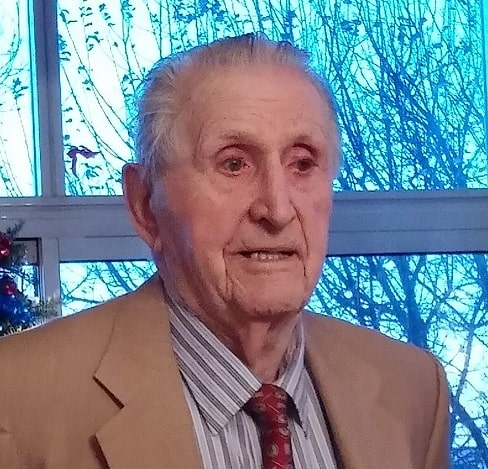 Antonio Camplani passed away Monday, December 28 at the Montreal General Hospital after sustaining a head injury from a fall in his apartment.

He was born on Christmas Day, 1921 in Sale Marasino – on the shores of Lake Iseo – Lombardia, Italy. As a soldier and prisoner of war he travelled to Egypt, Sri Lanka, India and Scotland. Later, while working in Switzerland, he met the love of his life. Together, they settled in Montreal to raise a family. An inquisitive and inventive soul, he had many careers: machinist, importer, sales rep., store owner, shoemaker and travel agent. He rediscovered his love of cycling in his 50s and competed until he turned 80. A friendly, outgoing person, he had an astounding number of friends and acquaintances who will miss him as much as his family will.

He leaves behind his sisters Santina and Piera, sons Robert (Nelia) and Silvio (Luciana), and grand-daughters Julia and Laura. In death, he was reunited with Natalia, his wife of 64 years who preceded him 9 months ago. A memorial for both will be held when possible.