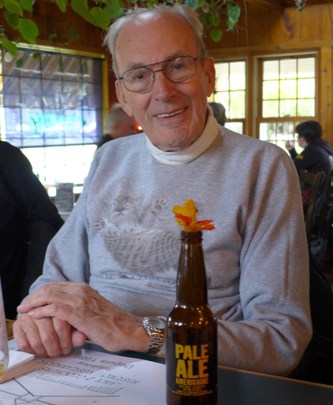 I died on August 24, 2019. I’ve had cancer and heart problems for many years. I was born as the second of three sons to loving and intelligent parents, Joe and Charlotte Marshall, Halifax, N.S. I realized at an early age that all people need the same basics and by traveling the world later in life this impression was confirmed. The only difference is how many ways there are to achieve a satisfying, exciting and fruitful life. I owe much to my older brother, Ronald who died in 1990, (heart failure) whom I followed into a lifelong addiction to motorcycling and one year later accompanied him as we joined the RCAF. Away from home we found that brothers in their late teens can be a great team. I learned a trade in Aircraft Maintenance and earned a living being with Air Canada later on. As a semi-pro motorcycle racer with good sponsorships, I won 3 National Championships. I’m proud of my many years as a volunteer on the Board of Canadian Motorcycle Association and also proud to having been recognized by my peers and inducted into the Canadian Motorcycle Hall of Fame and also the Maritime Motorsports Hall of Fame. I’ve had a lot of fun. My late wife of 32 years, Mickey, (Millicent Lear), was always supportive and together we had a good life. My younger brother Bob, (Robert) in Halifax was always a good friend. In my later life I shared many wonderful moments with Penny Milne. I’ve met many interesting people throughout the world and it’s been a great ride. I’m known to be outspoken so I’ll end on that theme. As you read this and reflect upon the loss of old friends, thinking of them, get out and do volunteer work, it’s a great feeling.