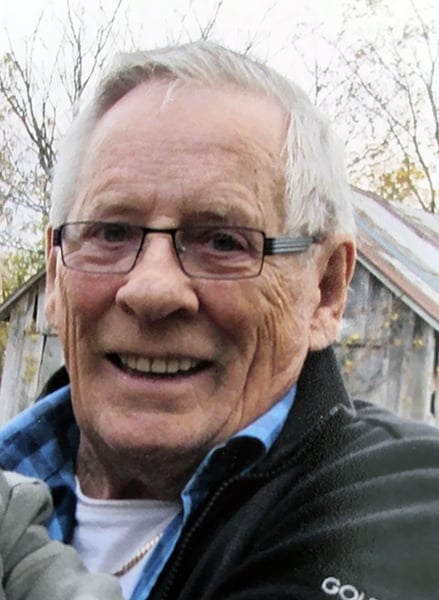 Passed away at home after a courageous battle with cancer.  Son of Bernard McAleer and Ellen Reiber, the 5th of 9 children, all of whom predeceased him.

He leaves to mourn Murielle, mother of their two daughters Linda (Joseph), Carol (Allen), his four grandchildren, Jeffrey, Robert, Jamie, and Kathy (Bronson), and his great-grandchildren who gave him great joy, Case, Jake, Rai-Lynn, and Isabelle.

He will be missed by his close brother-in-law Norman (Norma), his sister-in-law Janine (Claude), his close friend and business partner Chantal, as well as many nieces and nephews, golf buddies, and other friends and employees with whom he left a lasting impression.

Born in Montreal into a working-class family.  Henry was a great storyteller recounting his early childhood days, when the family lived on a farm, then escaping back to the city to adventures as a merchant marine sailor.  Married in 1953 he began working at the Northern Electric and moonlighted as a taxi driver to earn more money.  Finally, in 1958 an opportunity arose to operate a Dairy Queen store, and soon after he was in the business for himself, and he remained until 2020.   He was proud of his 62-plus years in the business, made close friends along the way and won many Golden Cone awards for excellence among Quebec stores.

Henry enjoyed nature and being outdoors; hunting, fishing, a passion for golf and vacationing with friends and family, and of course a little wager on a game of cards, especially Blackjack or Crazy Eights.

Cheers to a full life lived on your own terms.  You will be in our hearts forever.

We would like to extend our appreciation to the Lakeshore hospital palliative doctors, the wonderful Pierrefonds CLSC team & the Nova nurses for their caring support.