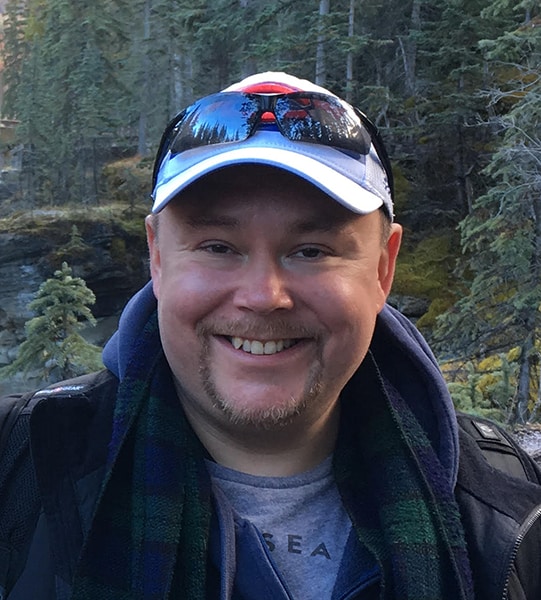 It is with deep sorrow that we share the unexpected passing of Kevin Hammill at the age of 44.
In hospital briefly for heart failure, Kevin left us peacefully and surrounded by love on August 8,
2022. We know that he is received by his beloved mother, Jennifer, who passed before him.

Born in Lachine, and growing up in Dorval, Kevin attended Courtland Park elementary and
Lachine High (where he was known affectionately as KPH), before going on to CEGEP at John
Abbott. He enjoyed working in hospitality for many years, making lifelong friends in Banff, and
around the West Island of Montreal. In 2011, he began work as the welcoming face, aka
Service Assistant, at the brand new PERFORM Centre at Concordia University.

Kevin loved his coffee, music, a cold beer, Habs hockey, poker nights, camping, nature, and
coffee, because it bears repeating. He enjoyed travelling, spending time with family and friends,
and especially his purr babies, Bandit, Penny, and Poppy. You could always count on him to
carry you to victory in a trivia match, less so in Karaoke. Kevin lead with his kind and deep
feeling heart, and his warm smile will be profoundly missed by all who knew him.

Join us to celebrate his life on August 27, 2022 at J.J. Cardinal Funeral Home in Dorval.
Visitation will be from 11am-2pm, followed by a service and reception.

In lieu of flowers, kindly consider a donation to one of the following organizations in his honour:
-The University of Ottawa Heart Institute Foundation (In Memory of);
–Concordia University’s PERFORM centre;
-Your local cat rescue organization.

Kevin’s family and friends are deeply grateful to the team at the Ottawa Heart Institute for their
attentive and compassionate care in his last days.