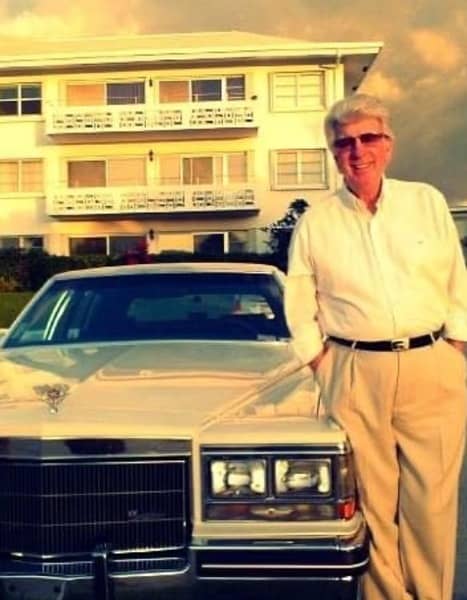 It is with heavy hearts that we announce the passing of Peter Beer, Lord of Port Eynon.
Peter died peacefully on August 9, 2022 at the age of 91 surrounded by his family. He lived a full and rich life.
Born and raised in Kittle, Swansea in Wales, Peter immigrated to Canada in 1956.
A talented singer and drummer, he started his career as a musician on cruise ships sailing around the world.
In Montreal, Peter met his wife Coco, the love of his life for over 62 years.
Together they built a successful travel business. This allowed them to travel extensively and they enjoyed over 100 cruises to different countries.
Peter and Coco wintered the past 20 years at Lago Mar Place in Florida, where they made many friends and hosted family.
A favourite pastime was watching the sunset from their balcony and ships coming in and out of Port Everglades .
Peter was a man devoted to his family. He instilled the power of positive thinking and that all things were possible to his children.
He was adored by his grandchildren, who visited and communicated with him frequently.
He leaves to mourn his children: Louise (Rene Beauchamp), Mark (Marie-Josee Belhumeur), Anne-Marie (Rupprecht Queitsch) and Zaza (Danny Marcoux).
His grandchildren: Sonia, Laura, Christopher, Jessica, Sarah, Gabrielle and Emma. His great grandchildren: Arthur, Thomas, Liam, Gaspard, Saleh and Simeon.
Many thanks to Suzie Levesque , a generous caregiver who was an important part in both his and Coco’s life.
Peter will be remembered for his kindness, generosity and big heart.
To paraphrase old Blue Eyes, he did it his way!