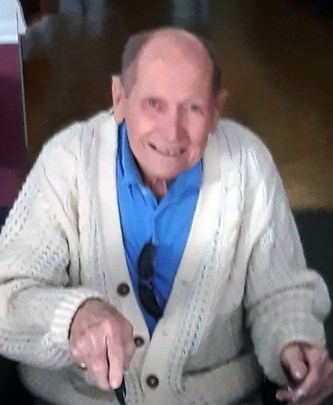 Born in Newcastle-upon-Tyne, England, to Margaret Hudson and Benjamin Thompson; husband of the late Stella.

After immigrating to Lachine, QC in 1928, at 17, Bob joined the RCNVR (Navy). He sailed on Corvettes for five years, fought in the Battle of the Atlantic and later joined the Merchant Navy. His career in construction with Kingston-Byers spanned many decades.

His retirement years included golfing with friends at Lafleur Golf Club and active membership at the Royal Canadian Legion, Lachine Branch 85/90 for over 70 years.

Appreciation and thanks to his dedicated friends, Helen Carignan, Michael Chaif and Robert Sim. At Bob’s request, there will be no service. Inurnment will be held in the Spring.