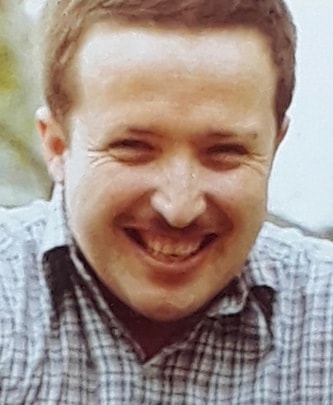 Ronald Bruce Mackay (March 29, 1948 – August 5, 2018)
Bruce passed away peacefully at Lachine Hospital early Sunday morning after several years of decreasing health.
A longtime resident of Lachine, Quebec, Bruce made a lasting impression on all those he met. Raised to the age of 5 in a Francophone area of Trois Rivieres, Bruce took great pride in being a bilingual Trifluvien.
Overcoming some cognitive challenges (the result of oxygen deprivation during his birth), Bruce began working on milk trucks in his teen years. After receiving some vocational training at the Constance-Lethbridge Rehabilitation Centre he found employment as a shipper at Wexler Textiles for close to thirty years, until hernia surgery forced him into a willing, early retirement.
One of his most cherished accomplishments was acting as assistant coach and manager on the Dixie Park Peewee teams that won three consecutive Provincial championships in the late 1960s. Many of those players became lifelong friends to Bruce.
Another valuable contribution of Bruce’s was in caring for his father in the late 1980s and early 1990s. It was a role that he cherished, and one that made use of his substantial physical strength.
If Bruce were here he would certainly express his gratitude to all the food establishments and neighbours of western Lachine that extended him kindness over so many years.
In addition, he would express his profound gratitude to the dedicated nurses of the West Island – Lachine CLSC who treated his leg ulcers for the last 20 years.

An informal visitation will take place at the J. J. Cardinal Funeral Home at 560 Pr. Lakeshore Dr., Dorval on Tuesday August 7 between 19:00 and 21:00.
In lieu of flowers, donations to the Constance Lethbridge Rehabilitation Centre, the McGill University Health Centre (Lachine Hospital) or the charity of your choice would be sincerely appreciated by his family,