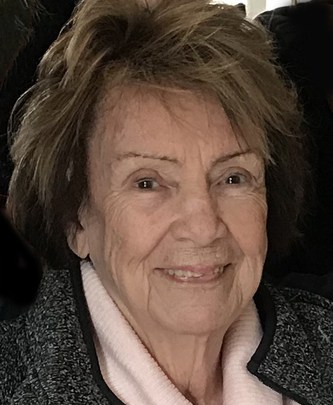 Died peacefully on Saturday, January 4, 2020 at the age of 88 years in the ICU of the MUHC in Montreal.

Born in Quebec City, Lu had a life long career in Nursing beginning in the 1950’s training at St Michael’s in Toronto then traveling westwards to start her career as a Registered Nurse (RN) at St Paul’s in Vancouver. Upon migrating back to her native province in the 1960’s she returned to her professional career following the birth of her children as RN, Head Nurse, and Supervisor at St. Mary’s Hospital in Montreal; retiring in the mid 1990’s.

Lu would have been impressed with the excellent, dignified, and respectful medical care received from the dedicated and highly professional medical staff of the Intensive Care Unit and Emergency at the MUHC.

The number of family and friends surrounding Lu in her last hours was testament to the love and gratitude we all had for the Matriarch of the BarCusker family.

Visitation starts at 9 a.m. followed by a service at 10 a.m. in the funeral home chapel read by Father Fred Kerouac (St Veronica’s Parish); with a catered reception to follow.