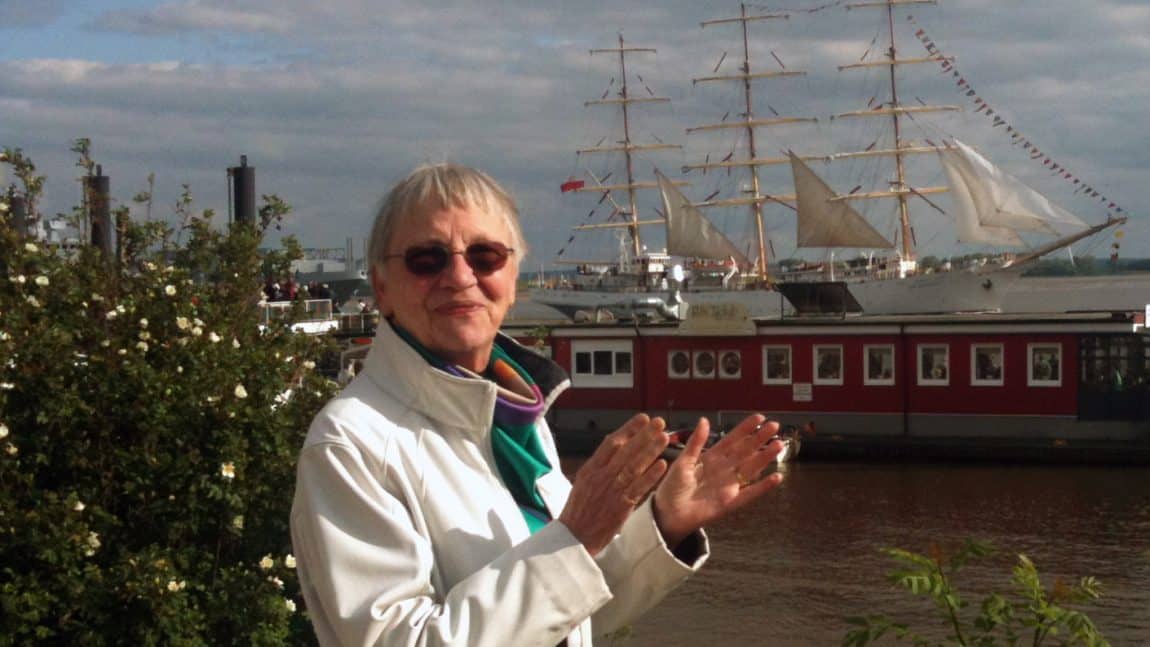 Passed away peacefully in her sleep on April 27, 2020 at the age of 80, after a brief struggle with illness.

Predeceased by sisters Renate and Ursula, she leaves behind sister Brigitte, nieces Wiebke and Maren, nephew Kai and other extended family and friends in Germany and Canada.

Known to many friends and her family as « Ria », she was loved by all for her generosity and devotion to helping others in need.

She came to Canada in 1965 bringing with valuable experience she had gained in Germany.

She was a volunteer cook for many years with Meals on Wheels.

A long-time cancer survivor, having been diagnosed with stage IIIc ovarian cancer in 1998, she was extremely dedicated to supporting cancer research and spreading awareness.  Even after a recurrence four years later, she persevered and rejoiced in each new day, and focused on efforts to support women affected by cancer and their families.

As part of her efforts to promote cancer awareness, Maria was a long-time volunteer with Ovarian Cancer Canada, where she worked on promoting awareness and education as part of the Ovarian Cancer Canada Walk of Hope in Montreal. After stepping back as part of the organizing committee, she continued to volunteer every year at the Montreal Walk. She was also a volunteer of the Montreal Jewish General Hospital « Hope and Cope » program.

Maria came to Canada in 1965 and became a Canadian in 1994. Being very much aware that Canada is a country built upon the contribution of immigrants, Maria lent her time and efforts to clothing drives and sales of gently used items in order to aid recent immigrants to better integrate to their new country.

Lastly, she possessed a generous heart welcoming guests to her home with warmth and a touch of the gentility reminiscent of a kinder gentler time.

Many thanks to Dr. Hannouche and the staff at the Montreal Neurological Hospital. Special thanks to friend Johanne Comeau.

A private memorial will be held at a later date.

To honour Ria’s memory, donations may be sent to the Ovarian Cancer Society, the Hope and Cope fund at the Jewish General Hospital Foundation or your local Meals on Wheels.