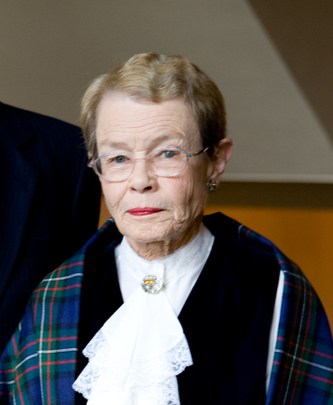 Suddenly on March 8th, at home in Dorval, Quebec at 87 years of age. Shelagh was born in Winnipeg in 1931, and lived for the last 60 years in the Montreal area. Predeceased by Don (William Donald) Ferguson, her beloved husband of 55 years. Loving and cherished mother of her son, Robert, of Vancouver BC, and dearly remembered by her daughter-in-law, Heather, and her treasured grandson, Ewan. Shelagh trained as a nurse at the Cornwall General Hospital, and later worked at the Royal Vic; she was keenly proud of her nursing background, and remained close to her colleagues from those early days. A depression era baby, raised by Scottish immigrants, Shelagh was everything her parents could have wanted her to be: stoic, strong, resourceful, steadfast, generous, and caring. She was a force of nature, and will be deeply missed. A visitation for family and friends will be held Saturday, March 16th from 2pm to 4pm at J.J. Cardinal Funeral Home, 560 Lakeshore Dr., Dorval, with a committal service in Lancaster to follow later in the year.