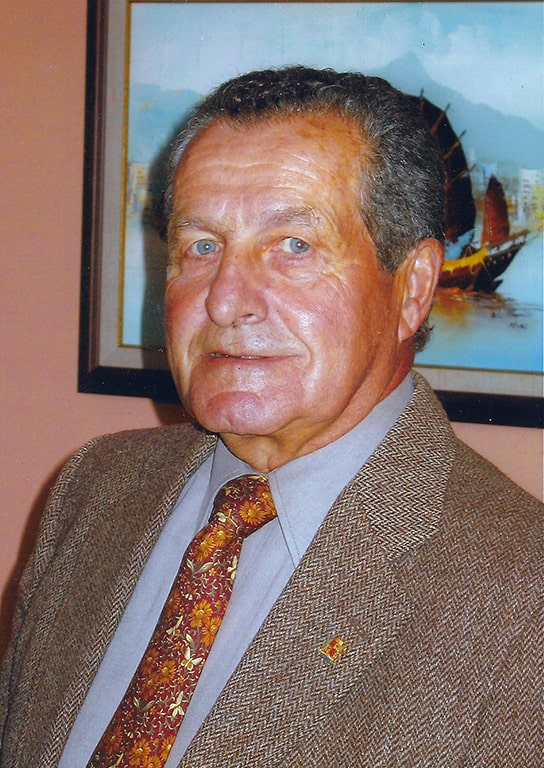 It is with great sadness that we announce the passing of my father, Raymond Lauzon, on January 24, 2022, at the Centre d’Hebergement de Lachine after a long illness with Parkinson Disease and ultimately Covid-19.  He was predeceased by his wife of 54 years, Nicole (December, 2020) and leaves to mourn his cherished daughter, Natalie (Forston) and his grandson, Kerner of Vancouver. Raymond was the son of Eddy Lauzon and Regina Roy. He had many siblings Marcelle (Edgar), Guy (Pierrette), Julien (Jacqueline), Céline (Alec), Thérèse (Marcel), Pierrette (Réjean), Johnny (Pauline), along with many nieces, nephews, cousins and dear friends. He spent his youth in Ste Anne de Bellevue and then settled in Dorval.

His career of over 35 years at Bell Canada included postings in Saudi Arabia, Nigeria and the Philippines and during these assignments he traveled the world with his family. Raymond was dedicated to his community of Dorval serving two mandates as councillor for the City. He held countless positions including Board of Directors of the Hospital de Lachine, past president, and active member of the Dorval Oldtimers Hockey Association for over 30 years, several mandates as warden of the St. Veronica Parish, Board of Directors and member of the Dorval Golf Club and president of the St. Veronica’s Seniors Group for 13 years.

As we walk around our house, we see Ray everywhere. Not in pictures but in projects. He was a gifted handyman and even that doesn’t do justice to what he could do. He could see the whole project in his head and how to execute it. Going about his tasks with trips to RONA and Canadian Tire, he never lost his cool. He always looked forward, never backwards. And he did not just help us, but many friends and neighbours as well. Flying the length of the country to help with decks, patios, flooring, and garages. He did it with goodness and positivity, and not just a little stubbornness. As he built, he didn’t say much. He worked hard, something that frustrated and worried those around him. We admire him for his devotion. We cannot reflect on those times and not feel changed for the better. When we reflect on his tremendous involvement with the community of Dorval, it all makes sense. His love of being engaged with people and tasks. He did not see it as a burden but an opportunity to give of himself.

Special thanks to the staff of the CHSLD Lachine, Father Fred Kirouac, pastor of St. Veronica’s parish and his dedicated nephew, Alain Grenier for whose enduring presence and support, the family will be forever indebted.

Due to the current restrictions, a celebration of his life will take place at a later date at St. Veronica’s when friends and family can gather. Donations in his memory may be made to the CHSLD Lachine, Parkinson Canada or NOVA West Island.

We wish to express our gratitude to the City of Dorval for expressing its sympathy by placing its flag at half-mast in honor of Raymond.