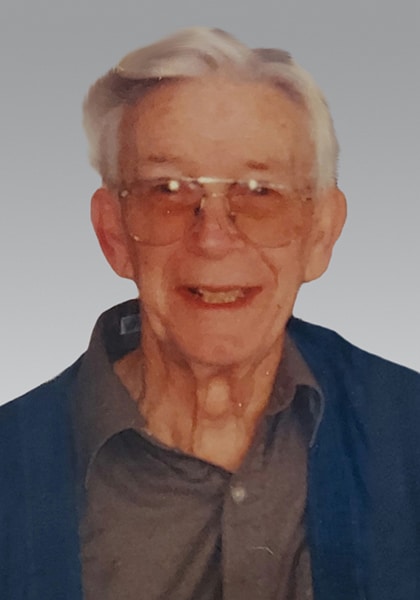 Joseph Kopec passed away peacefully on Thursday, February 10th at Lakeshore General Hospital at the age of 94. He was born in Bermuda in 1928 and came to Montreal to marry his wife of over 50 years, Aurélie (née Thériault), who predeceased him in 2006.

Joseph grew up around boats in Bermuda and worked for more than 35 years with BOAC / British Airways. After retirement, he worked with the groundskeeping team at Dorval Golf course, cutting fairways and working on his golf swing. He was an avid model boat builder and, for several years, raced boats with the West Island Model Boat Club. In his later years, he moved to Manoir Kirkland and lived a full life with new friends and old.

He will be dearly missed by his daughters Cecilia (Wayne Thompson) and Annette (Mark Brawley). His grandchildren, Leah Thompson (Denis Hutt), Adèle and Mathieu Brawley and his great-grandchild Brielle Hutt. He was predeceased by his sister Carolyn (Eddie Goodall) and his brother David (Marion Kopec). He was a beloved member of the Thériault family. He will be dearly missed by his many nieces and nephews including Carolyn Fletcher, David and Karen Kopec.  The family wishes to extend its thanks to the generous and caring staff of the Lakeshore General Hospital and Manoir Kirkland. There will be a funeral mass at Saint Veronica’s Church, 1300 Carson Avenue in Dorval on Friday, February 18th at 3 pm.

In lieu of flowers, donations can be made online to the Lakeshore General Hospital Foundation in his name at: https://fondationlakeshore.ca/donate/