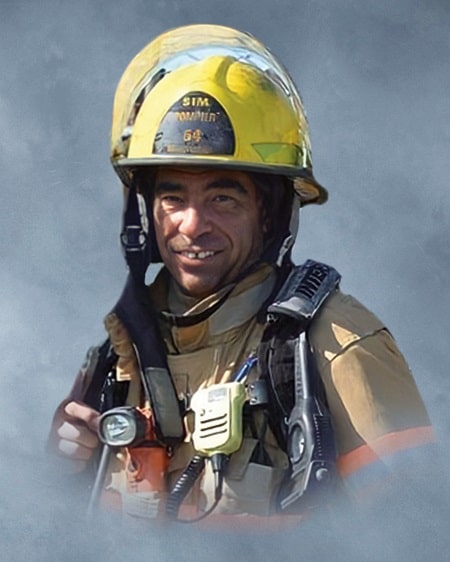 It is with profound sadness that we announce the sudden passing of Pierre Lacroix on October 17, 2021 while in the performance of his duties as a firefighter.  He will join his parents, the late Fernand Lacroix and the late Jeannine Véronneau.

He leaves to mourn his children Stéphanie (Sebastian Juan-Alladio) and Annick, the mother of his children Nathalie Hénault, his brother Yves (Lucie Gauthier), his mother-in-law, his sister-in-law, his godchildren François and Sean, his niece Amélie, as well as his family and many friends.  Pierre will be greatly missed by his colleagues at the Fire station number 64 in Lachine.

An accomplished firefighter for the last 30 years, Pierre specialized in Marine Rescue (10 years), was a first responder and a fire truck driver.  He was regarded with esteem and respect given his experience, knowledge, team spirit and the calling to always be of assistance.