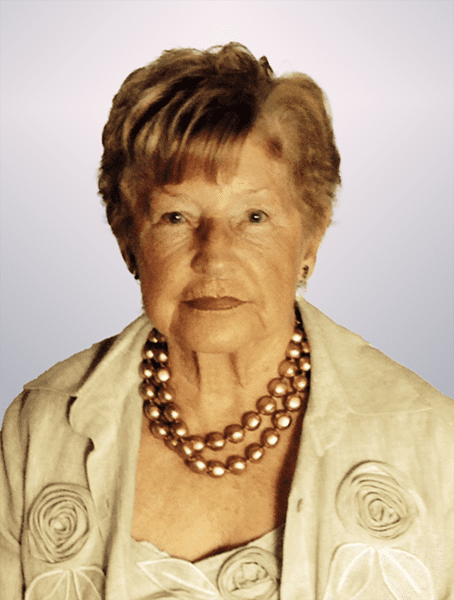 It is with great sadness that we announce the passing of our beloved mother, who will forever be missed.  Doreen Melissa McGuigan, 92, passed away on November 23, 2022 of respiratory complications at St. Mary’s Hospital in Montreal.

Doreen was born on October 28, 1930 to Jack and Irene Murdoch in Arnprior, ON.  She grew up there with siblings Ruth (deceased), Jack (deceased), Betty, Heather, and Stan.  After graduating from Arnprior District High School, Doreen moved to Ottawa where she worked at the Royal Bank of Canada. It was there that Doreen met James Francis McGuigan (deceased), the love of her life, and they were married in Ottawa on October 13, 1951.  Doreen and Frank moved to Montreal and went on to have 8 children, Judy (Brian), Kathy, Karen (Mike), Jim (Nancy), and Lori (Dany), (Rosemarie, Patrick and Kelly deceased).  Doreen stayed at home to raise her children and loved spending summers at Pine Beach.  Eventually, Doreen joined Frank at his notarial practice where she worked alongside him for many years.

Loved by her family and friends, Mom was a dedicated and devoted wife to her beloved Frank for 71 years and visited him every day for over 10 years during his stay at Bayview Nursing Home. She was a member of the Dorval Bridge Club, the Lachine Curling Club, the West Island Bowling League, and the Dorval Golf Club, in which she excelled at all. She was also an active member of the Dorval Community and St. Veronica’s Parish. Doreen was full of life and laughter and was always there for her children whenever she was needed.  She also loved cooking for family and friends.

A celebration of Doreen’s Life will take place in the near future, at a time and place as yet to be determined.

Gone from our sight but never from our hearts.  RIP we love you, Mom