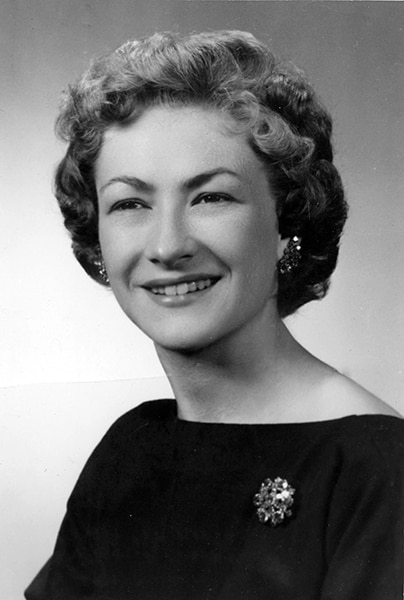 Passed away peacefully on October 17, 2022 at the Jewish General Hospital in Montreal at the age of 87. Joan has been reunited with Desmond, her beloved husband of 39 years (predeceased in 1998), and Stanley Megas her dear friend of 14 years.

She was a loving mother to Steven (Sarah Anne) of Chicago, Illinois, a cherished grandmother of Sean and Ryan (engaged to Bridget McDowell), and aunt to several nieces and nephews. She is survived by her 2 sisters Ellen Chisholm (Bernie) and Carole Tucker (John), and is predeceased by her sister, Lois Thomson (Norman).

Joan was born in Montreal in 1935. She met her husband Desmond on a blind date and was married in 1959. Joan and Desmond resided in Quebec City and then Montreal until 1971 when they moved to the Montreal suburb of Lachine. Joan graduated as a proud and devoted nurse from the Montreal General Hospital, working there until 1971 when she moved to Lachine to soon become Head Nurse of the Emergency Department at the Lachine General Hospital. In her spare time, Joan was involved with the Summerlea Church, the Lawn Bowling Club, the Curling Club, and the Tea Cup Community Center in Lachine. She loved to travel, garden, cook, and to play bridge with her many friends.

A special thank you to the nursing and care staff in the Care Ward of the Le Savignon Retirement Home in Lachine, and the Jewish General Hospital Stroke and Palliative Care wards who gave her great care and comfort in her final days. In accordance with Joan’s wishes a cremation has taken place and she been laid to rest with Desmond at the Saint-Anges Parish in Lachine. A memorial service celebrating Joan’s life will take place at a later date.