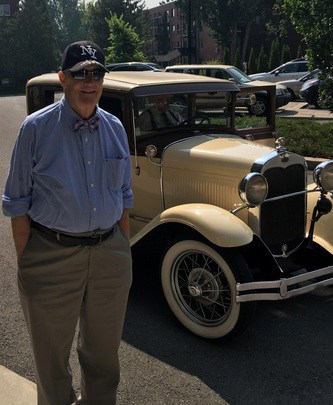 Allan John Mackinnon passed away peacefully on July 11th at Lakeshore General Hospital with his wife Jean (Kennedy) at his side after almost 60 years of Marriage. He leaves behind to mourn his son John Mackinnon (Suzanne) and daughter Margaret, his sisters Susan and Diane, his grandchildren, Diana, Jackie, Jeff, Savannah, Melanie, Graham, his ’’little brother’’ Gordon, and his many loving nieces and nephews.
He was very proud of his Mastine Armstrong heritage, and his roots in Danville Quebec. Allan taught High School English in Montreal and in his retirement served on the board of Big Brothers and Big Sisters of West Island and as a volunteer reporter for the Catholic Times.
Funeral will be held at St. Veronica Church 1300 Carson in Dorval on Saturday July 14th at 11:00 AM with visitation prior to the funeral at 10:00AM at the church. In lieu of flowers donations are requested to be made to Sun Youth Montreal.