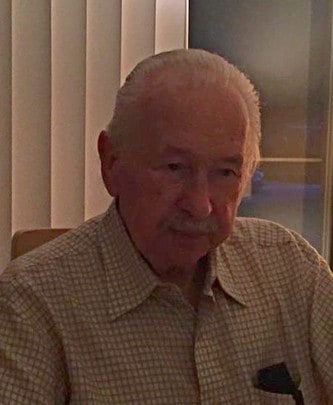 It is with great sadness that we announce the passing of Basile Marcyniszyn on February 5. Beloved husband of the late Evelyn Marcyniszyn (nee Mitchell). He leaves to mourn his daughter Nadia (Michael White). After retiring from CAE, Basile took up pottery which gave him much joy. Nadia would like to thank the Lachine Pottery Guild for being there for him. She would also like to thank Ann, Kathleen and Andrew for their support and friendship to her Dad and herself through the years. As well, thanks to Bert for adopting Puss Puss, Dad’s cat who provided him with companionship in his later years. A special thanks to the medical team on the 5th floor at Lachine General Hospital for the care they provided to Basile throughout his final months of life.

The family will receive condolences at J.J. Cardinal Funeral Home, 2125 Notre-Dame, Lachine (www.jjcardinal.ca 514-639-1511) on Friday, February 23 from 7 PM to 8 PM and Saturday February 24 from 10 AM to 11 AM immediately followed by the funeral service in the Chapel of the funeral home at 11AM.

In lieu of flowers, donations may be made in Basile’s name to the Heart and Stroke Foundation.