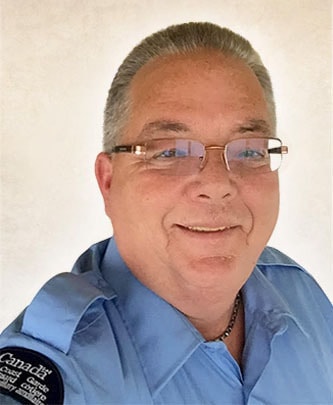 We are saddened to announce the passing of Ian Rex Morton in Montreal on March 20th, 2018.

He leaves in mourning his wife, Linda Bronsard, as well as his close friends Frank, Wendi and Paul, his loyal companion Zoey, his friends on jetty 33, his friends and colleagues at the Lachine marina and the members of the Canadian Coast Guard Auxiliary, Unit 43.
He will also be missed by Hélène, Benjamin, Steve, Marie, Sylvie and Vincent, Linda’s family, by all of her friends and by all of his friends in Florida.

The family will receive condolences at J.J. Cardinal funeral home, 2125, rue Notre-Dame, Lachine, 514-639-1511, on Saturday April 7th from 7PM to 9PM and on Sunday April 8th from 1PM to 4PM. The ceremony will take place in the chapel of the funeral home at 4PM.

In lieu of flowers, your sympathies can be expressed by a donation to the Canadian Cancer Society.