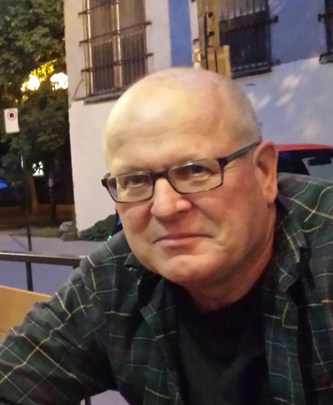 It is with broken hearts that we announce the sudden and unexpected passing of Mike Strange on April 6th, at the age of 62. He was the loving and cherished husband of Gail Samoluk, and the eldest son of Robert and Beverly Strange. He was the proud adopted father of Parfaite (Alex). Mike was predeceased by his sister, Lynda Sue (Anthony). Mike is survived by his sister, Sharon (Dan), and his brother, Jeff (Lynn).He was immensely proud of his nieces and nephews: Madelaine, Kevin, Nicholas (Britney), Christopher (Lyndsey), Jenna (Kylan), Darryl (Sam), and his great nieces, Jo and Sue. Mike was a Phys. Ed. Teacher in the LaSalle community for 35 years. He also coached track and field with Les kilomaitres LaSalle. He was so proud of his athletes! Mike was an avid giant pumpkin grower! He will be greatly missed by family and friends.
Visitations will take place on Sunday April 15, from 2pm to 5 pm and 7pm to 9pm and on Monday April 16, from 2pm to 5pm and 7pm to 9pm at J.J. Cardinal funeral home, 560 Lakeshore Drive, Dorval, 514-639-1511, www.jjcardinal.ca.
Funeral service will be held in Cowansville at a later date