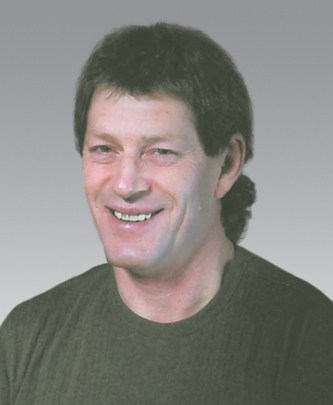 After a long and courageous nine year battle with cancer with his wife by his side, Oleh Popovych ended his battle peacefully and with dignity on February 9th at the West Island Palliative Care Residence in Kirkland. Oleh is survived by his wife, Giovanna, his mother, Yaroslava, his sister, Iryna (Andrii), his niece, Viktoriya (Orest), his daughter, Iryna (Serhii), his grandchildren, Alina and Sasha, his mother-in-law, Madeleine, his aunt, Colleen, his brother-in-law, Robert (Brenda), his sister-in-law, Chantal, his nieces and nephews, Jennifer, Andy, and Christopher, the members of the Witthoeft family, and all his dear friends in Canada and Ukraine.

Oleh was born in Ukraine and had a long and distinguished career serving as an officer in the Ukrainian Armed Forces until his retirement, when he immigrated to Canada. Oleh studied carpentry in Ormstown and worked in construction until the time of his illness, and then continued to study in the Home Care Assistance Program in Ormstown throughout his battle.

A special thanks to the West Island Palliative Care Residence, whose exceptional team made our final days together extraordinary, and Dr. Petrecca and his team at the Montreal Neurological Institute, who followed Oleh throughout his long battle. We would also like to thank the amazing teachers and staff at the Chateauguay Valley Career Centre in Ormstown for their dedication and support, especially Beverley Tannahill.