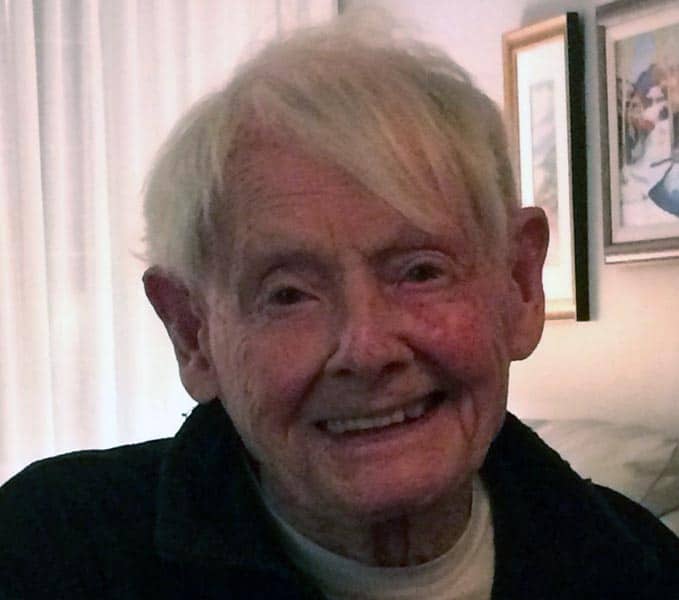 Jim passed away peacefully in his sleep in the early hours of April 25, at CHSLD Nazaire-Piché in Lachine. He leaves behind his daughters, Lorraine and Janet, from first marriage to Margaret Cale, deceased, and grand-daughter Raina Robertson, as well as his nephews through sister Jill Simpson, deceased, Stephen (Helen) and Martin (Robyn) and their children in New South Wales, Australia; former wife and dear friend Pauline Davies, née Page, and son Jon; Marthe Couture, with whom he has shared the last 33 years of his life, and her children Tanya, James and Stephanie McLean (Jack) as well as “honorary grandson” Oliver Trentman. He will also be missed by life-long friend Mike Steer and other friends in Australia and Canada.

Jim was born in Belmore, a suburb of Sydney, Australia, on December 23, 1924, and attended Canterbury High School. He enrolled in the Royal Australian Air Force in 1943, served in World War II (primarily in the Middle East), and was discharged with the rank of Warrant Officer in 1946. Upon graduation from Sydney Teachers’ College, he taught Physical Education at Bowral High School until 1960, then moved to the United States where he obtained a Master’s of Education from the University of Oregon in 1962. He then came to Dorval, Quebec, where he taught Physical Education at Courtland Park School and Northmount High School, then History and Geography. Throughout his teaching career and after retirement, he pursued summer studies at Harvard, in China and Japan (MA South & East Asian History, NYU) as well as Concordia University. He possessed a passionate love for sports and physical exercise, current affairs, world travel and books.

Jim will be remembered for his soft voice, gentle manner, kindness and winning smile. As a high school teacher, he prided himself on maintaining a quiet atmosphere conducive to learning, earning the respect and affection of his students, in whom he had a keen interest.

Though he lived in Canada longer than in Australia and eventually became a Canadian citizen, Jim retained a remarkable pride in being Australian and fittingly left us on Anzac Day. “Lest We Forget”.

Special thanks to the staff of CHSLD Nazaire-Piché and to the friends who visited Jim regularly during his last years. In lieu of flowers, donations to NOVA West Island or to Alzheimer’s Society of Montreal would be welcome.